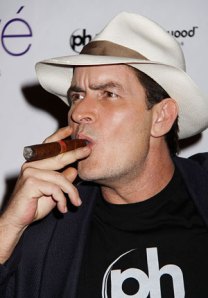 Since I vowed to give Charlie Sheen up for Lent, I was disappointed in this week’s topic for David Letterman’s “Late Show” Online Top Ten Contest. I know that times have been tough for the embattled former “Two-and-a-Half Men” actor, whose off-camera antics have put Qaddafi and Wisconsin Gov. Scott Walker on the media’s back burners, where Lindsay Lohan is simmering as she prepares herself for a reprisal of the “Caged Heat” B-movie series.

Upon entering the Estranged Actor Relocation Program, Charlie Sheen wasn’t going to delve into oblivion alone, and like Qaddafi (who is reported to fill Sheen’s shoes on “Two and a Half Men” as part of his agreement to step down) vowed to take as many followers down with him via twitter, hoping to smash the world record for followers lured in to Twitter lair in the fastest time possible. He had nearly 2.5 million Followers upon publication of this post.

Now, like Charlie, I am human and couldn’t help but jump on the tweet bandwagon and took a few tweets at Charlie’s expense, although the following was out of genuine concern for his mental health: 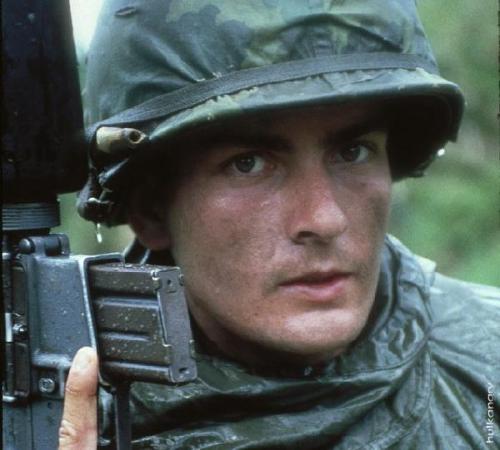 I made a big mistake coming here, Grandma. I thought it was going to be just a movie.

That said I will play the Late Show’s game at Charlie Sheen’s expense before the fast begins. But I am not going alone, Dear Reader. I’m soliciting your help – or not. I’ve written ten possible entries for this week’s list, and it’s up to you to help me select the CHOSEN ONE from the list (for I can omit one) that you think has the best chance of winning.

10. Aaaaarrggghhh…me loves the smell of tigers’ blood in the mornin’.

9. Went to Haiti to help out, only to find I was put in charge of collecting donations for Charlie Sheen Relief Fund.

8. The first step toward recovery is admitting that everyone else is bat-shit crazy.

7. Being unemployed is not all that bad.

6. Who said Frosted Flakes drenched in tiger’s blood is just for kids?

4. If CBS does cast Qaddafi to replace me, they’d better call show “Two-and-a-Half Dictators” or I will take all of heir sorry asses down.

2. Just because two-and-a-half million people are following me doesn’t mean I’m paranoid. Does it?

1. If only I hadn’t lost my What Would President Josiah Bartlet Do? bracelet…

This entry was posted in General Satire, Top Ten Lists and tagged Charlie Sheen, exercise in futility, humor, Lindsay Lohan, much adieu about nothing, Platoon, Qaddafi, So it goes!, sticking it to The Man, Twitter, Will Work for David Letterman. Bookmark the permalink.