Okay, so David Letterman’s little Online Top Ten Contest duped me into watching the 81st Academy Awards Ceremony in its entirety, so I could comb through over three hours of material for this week’s category (see title). Granted I could think of worse research assignments — say sifting through the thousands of entries submitted every week to the Top Ten Online Contest. Somebody has to do the dirty work nobody else wants to do, eh?

Besides, that’s why God created interns in the first place. Just ask His fleet of interns scattered across the globe, who serve the Boss Man their entire lives, hoping one day they’ll get promoted and moved to an upstairs’ office — preferably the one with the leather chair and giant picture-window overlooking the entire kingdom.

Speaking of higher callings, my quest, or obsession in Therapist Bob’s eyes, to obtain the Holy “Late Show Online” t-shirt fell short yet again last week. Undaunted, however, I am starting to see some patterns emerge among past winners. For example, Bernie Madoff and Paul Blart: Mall Cop have reared their heads on multiple occasions, so I plan on casting them in cameo roles in my list this week.

The Oscar ceremony, for the most part, was a real yawner and felt like a latter-day Robert Altman film – a three-hour film chalked full of stars but never really goes anywhere (e.g. “Ready to Wear”). The definitive moment of the evening was when Sean Penn pulled the mild upset by beating out Mickey Rourke for Best Actor and used his speech to declare war on California’s homophobes. It was at that moment that I knew what I wanted for my next birthday: Sean Penn’s Balls. Not that I would ever use them per se, I just want to know that I had them in case an emergency calling for monster balls should ever arise. 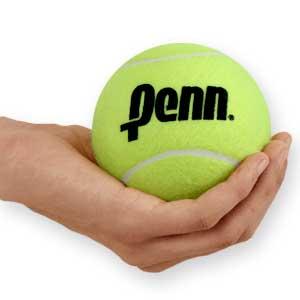 But I digress, dear Reader. Here’s my top-ten list of possible entries to the Top Ten contest, but I cannot win this alone— so I’m soliciting your help. I’ve written ten possible entries for this week’s list, and it’s up to you to help me select the CHOSEN ONE from the list (for I can only submit one) that you think has the best chance of winning.

Just think, with your help, all of this could be mine

10. What happened to the free hors d’oeuvres this year?

9. Remind me, what has Hugh Jackman been in?

8. Are we going to just sit by and watch the Brits and Aussie’s steal the show and all the awards?

7. Did you get a Bernie Madoff voodoo doll in your complimentary gift bag?

6. Excuse me Mr. Rourke, but the chandelier lights are reflecting off your silver tooth and blinding the orchestra pit crew.

5. Given the current exchange-rate for gold, the Oscars may actually be worth something this year.

3. If I’d known Paul Blart would be running security, I would have left my Boda bag in the limo.

2. Would somebody please pass Sean Penn another tissue?

1. Who let the Slumdogs out? Woof! Woof!

This entry was posted in Top Ten Lists and tagged Therapist Bob, Top Ten Contest, Will Work for David Letterman. Bookmark the permalink.